Our vision for the new Bodø City Hall is an arena for interaction between the city’s inhabitants, the municipality and the region, enhancing the effect of the city hall as a tool for the development of Bodø. 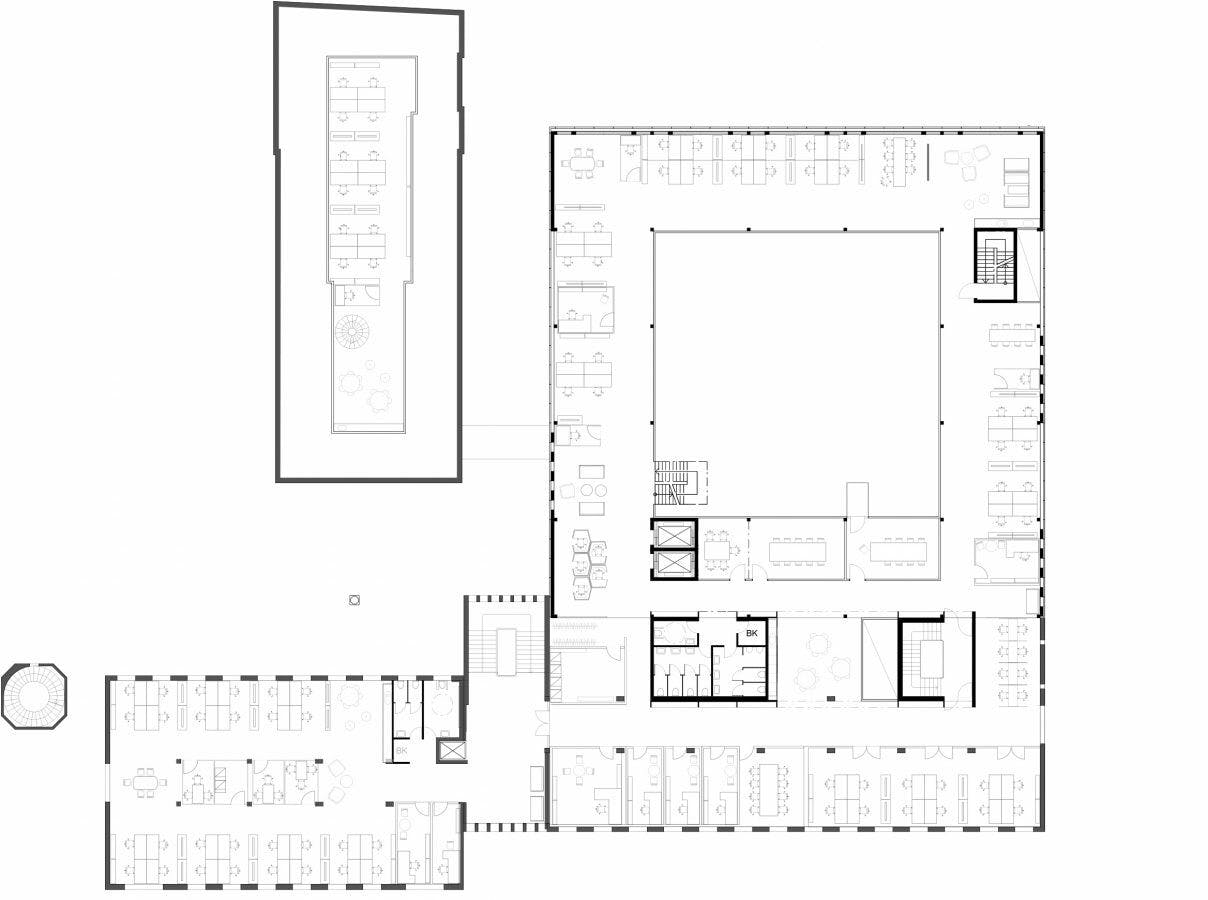 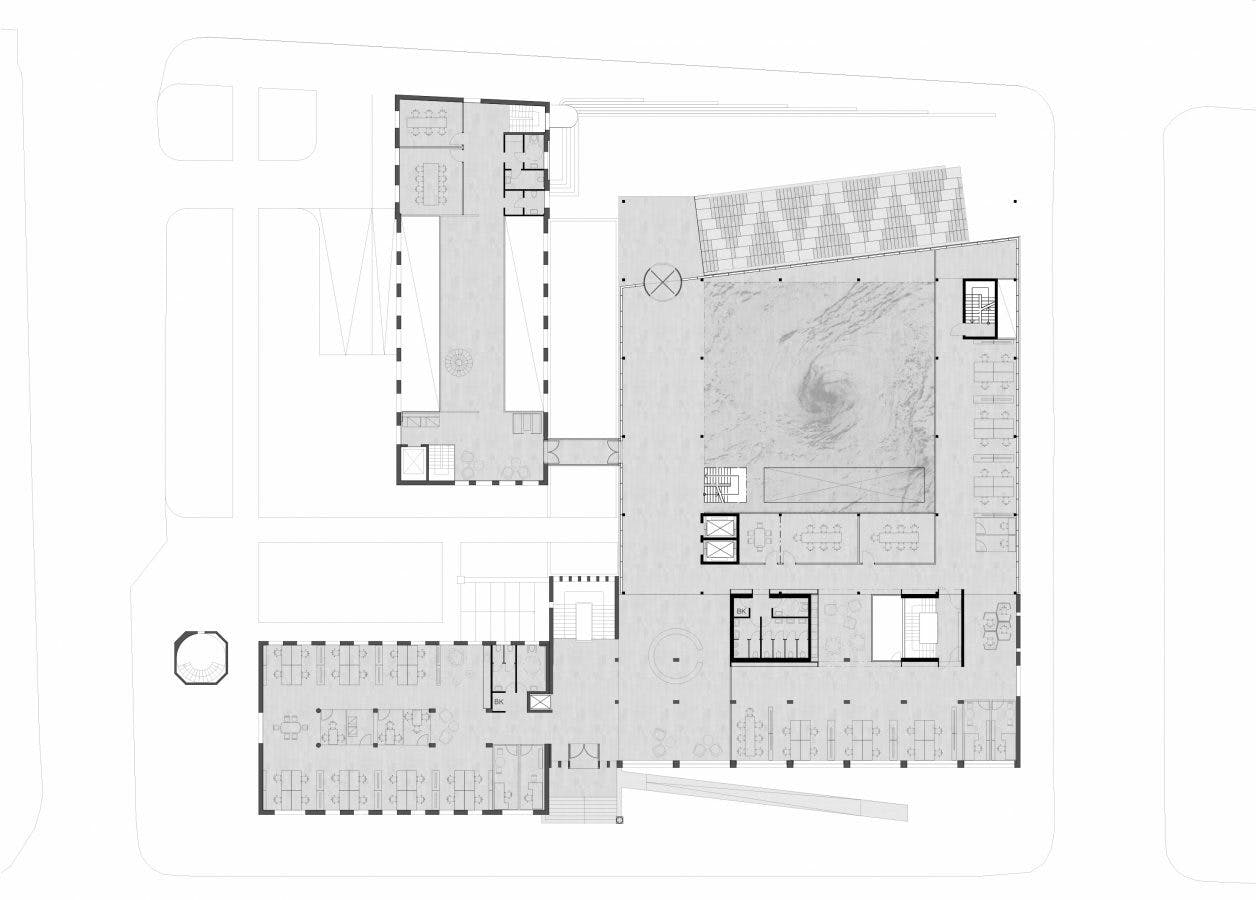 Connecting City and City Hall
We propose a new connection through the new City Hall quarter. This concept allows for keeping the main entrance and the City Hall Square as historical and ceremonial front. In addition we establish a new square next to Dronningens street connecting the quarter to an important axis of public transport in Bodø. In the passage between the south and north entrance we place a multifunctional grand hall and the reception area.

Urban Platform
The entrance from south and north, the entrance to the former bank building, reception areas and the grand hall are located on the building’s main level which forms a plateau in the cityscape. The grand hall is a venue for the life of the city; informal and

Public Roof Garden
The restaurant and rooftop terrace are located on the top floor with 360 degree views. This floor also contains a VIP room. The restaurant is an attraction in itself and is open in the evenings. The roof garden has a sheltered amphitheater for outdoor activities.

Office Ring
The new office areas are an extension of the floors of the existing east wing. The offices form the outer walls of the grand hall. View to the outside and inside, visibility to the rest of the quarter and daylight characterize the new office spaces.

Service Base
The building rests on the basement floor where the service entrance is accessed via an existing ramp. Bicycle parking and wardrobes are found here. The basement level connects to the underground parking under the City Hall Park.

Energy Consept
Strong winds, clouds , mild winters and cool summers – Bodø’s unique climate has been driving the design of the new City Hall, shaping the roof and the way the air moves through it. The winter winds average over 6 m/s coming almost entirely from the east; these provide an ideal driver for a naturally driven ventilation system. The building’s upper deck acts as a wind catcher which pushes the air through a heat exchanger and through the building. The exhaust air is drawn out through the atrium using the wind’s force.